Professor Blaine Hoshizaki sees the value of sports to the world-as a source of entertainment and cultural richness, as an opportunity for economic development, and as a critical component of physical and mental health. He and his research team also see how sport injuries can deprive people of those benefits, and have dedicated themselves to preventing such injuries.

Focusing on brain trauma, Hoshizaki and his team at the University of Ottawa have led breakthroughs in making helmets more effective at diminishing head injuries, working alongside companies such as CCM and Bauer.

He recognizes the value of protecting intellectual property in advancing and sharing his research. He has a portfolio of multiple patents, and is involved with the ownership of a variety of trademarks, some with his team at the University of Ottawa, and others with outside companies he has worked with for years. 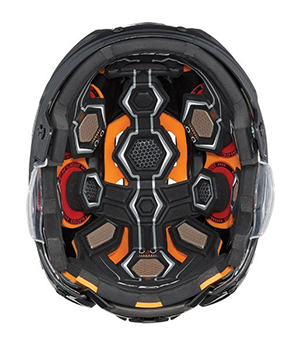 Canadian skiing legend Steve Podborski, during his competitive career, had issues with getting his boots fitted properly, which negatively affected his performance.

Professor Hoshizaki, the vice-president of product research and development at Bauer at the time, was involved in creating a technology to help Steve. Kinex, as it would be called, kept the athlete's foot stable in a boot in a natural position, without applying too much pressure to slow down blood flow and allow the bone structure to interface with the boot.

In the late 1980s, Hoshizaki first came in contact with intellectual property as a professor at McGill University.

He had developed a torsion bar to manage the side-to-side movement of the foot (pronation) and limit tissue damage when walking or running with running shoes. He applied for a patent, but was unable to pursue it after being offered an opportunity to work in research as a vice-president with a hockey equipment company. Later, another company ended up launching a product with his torsion bar idea. That's when the value of protecting his ideas with patents became much clearer to him.

His long journey of innovation has led him to the University of Ottawa. He and his team in the Neurotrauma Impact Science Lab research ways to limit brain tissue damage from rotational injuries. Their research efforts yielded a method of reducing friction to almost zero, using an oil-based fluid of their own invention. They have now developed multiple patented iterations of a variety of sports helmets using the Fluid™ and the Fluid Inside™ brands.

Hoshizaki's combination of innovativeness, business knowledge, and IP literacy has led to commercialization of this new technology, fully leveraging his patents to achieve it. 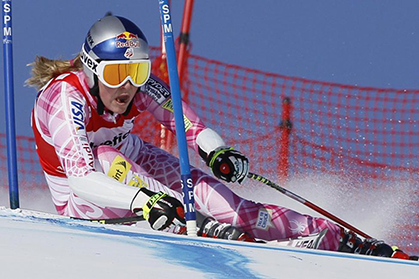 Professor Hoshizaki believes that thanks to his team's patent portfolio, their competitors cannot get anywhere near the technology they have developed, giving them an edge in the marketplace.

In his opinion, it is naïve to keep innovations unprotected in the science community. Research results are widely publicized for everyone to see, and when your intent is to commercialize, a patent is a key way to prevent others from reproducing your innovation for their own benefit.

He says that protecting and then commercializing innovations helps generate interest and excitement among his students, in particular when they see a connection between their work and its direct use in sports. In his team's case, most recently, American skier Lindsey Vonn won her last bronze medal in February of 2019 using some of their equipment.

Hoshizaki adds that a patent can give focus to scientists by helping them see how new knowledge can be used outside the research lab. "And that's useful."

Are you inspired to protect your products and ideas? Visit the IP for business page on how to develop an IP strategy for success.