The 2021 Summer Olympics in Tokyo is underway! To mark the occasion, we're highlighting innovations in sports invented and inspired by Canadians. Keep reading to discover some interesting facts and learn about the historic IP associated with these sports. 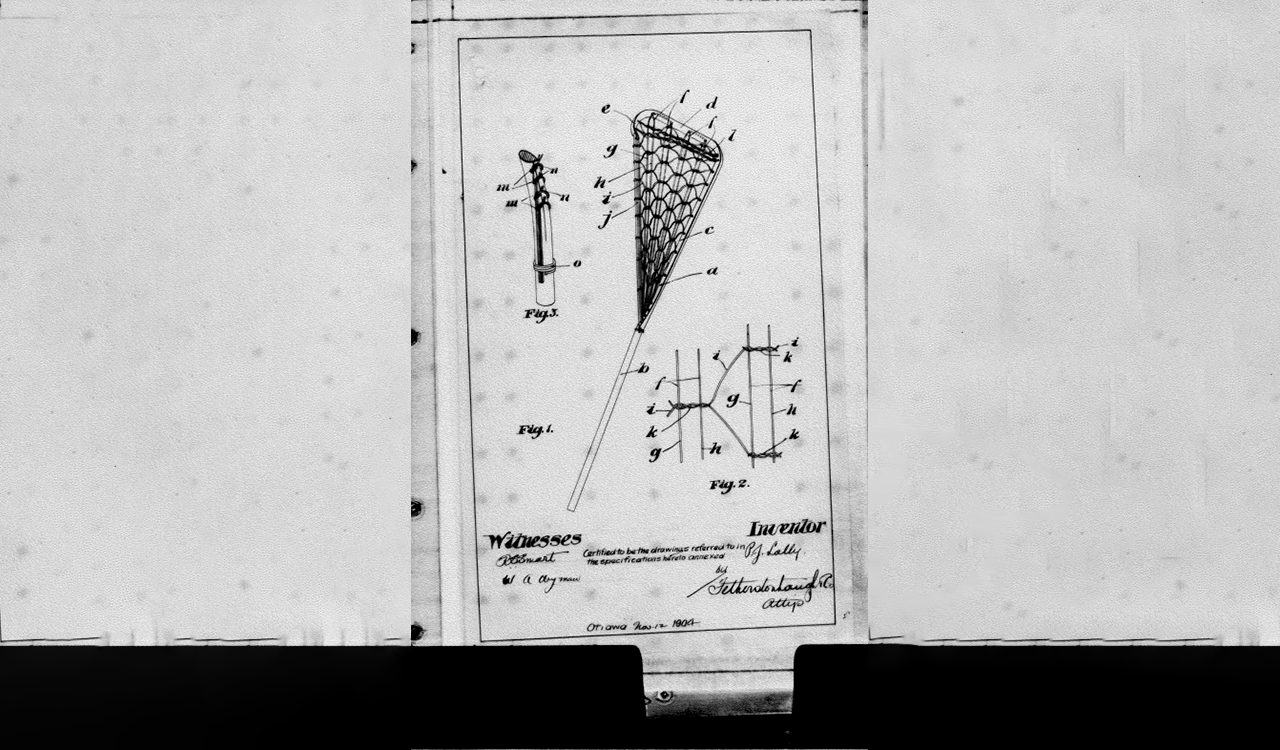 Canada's official national summer sport, lacrosse, is well loved by athletes across the country. This truly Canadian sport originated within Indigenous communities as a spiritual practice. Each tribe had their own version of the sport as it was widely played across Canada.

The game was later adapted by Canadian William George Beers who created the National Lacrosse Association in 1867, known today as the Canadian Lacrosse Association, the first national sport governing body in North America. Lacrosse has since been played at 2 Summer Olympics, once in 1904, and again in 1908, with the Canadian team taking home the gold medal on both occasions.

The first patent for a lacrosse stick was issued in 1905. 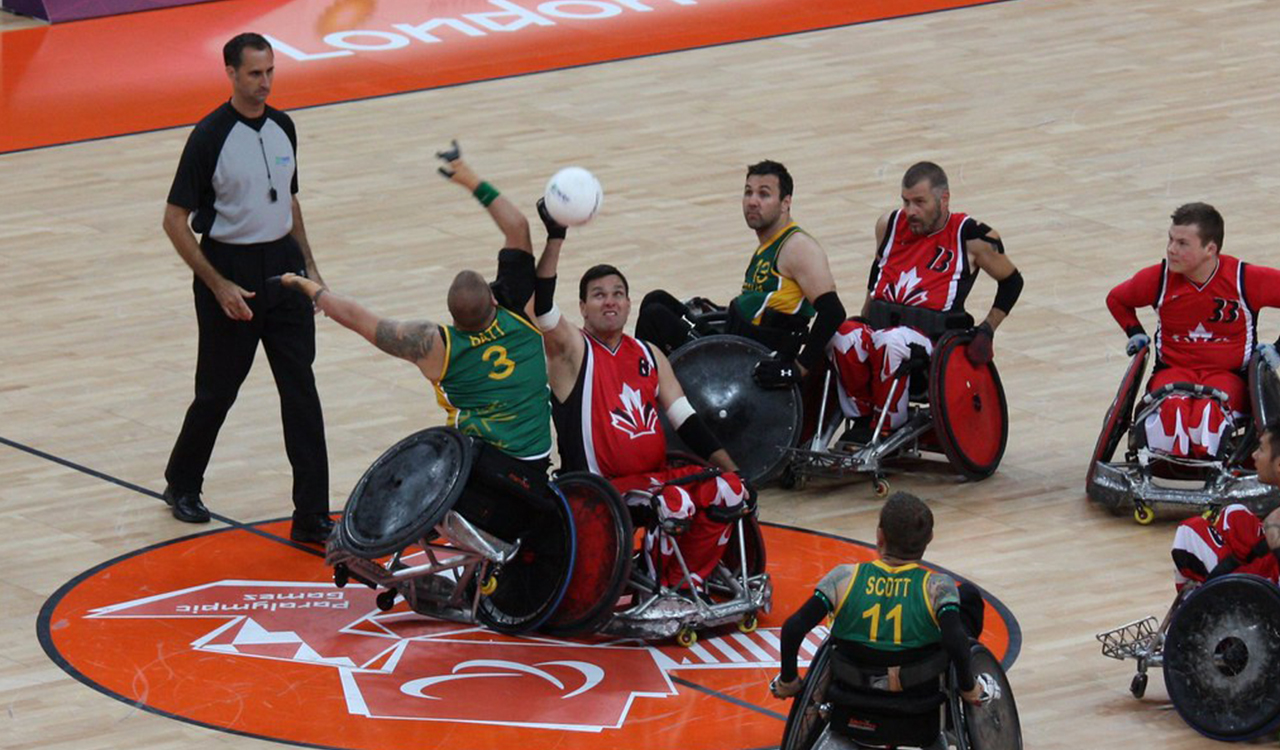 Wheelchair rugby was invented in Winnipeg, Manitoba in 1976 by an innovative group of tetraplegic athletes who were looking for an alternative to wheelchair basketball. This sport was originally called "Murderball" and allowed players with reduced arm and hand function to participate equally. Since 2000, the sport has been played as part of the Summer Paralympics. Canada won silver in 1996, 2004, 2012 and bronze in 2008.

The Canadian Wheelchair Sports Association filed a trademark for "Wheelchair Rugby Canada" in 2017, although the name has been used since 1989. 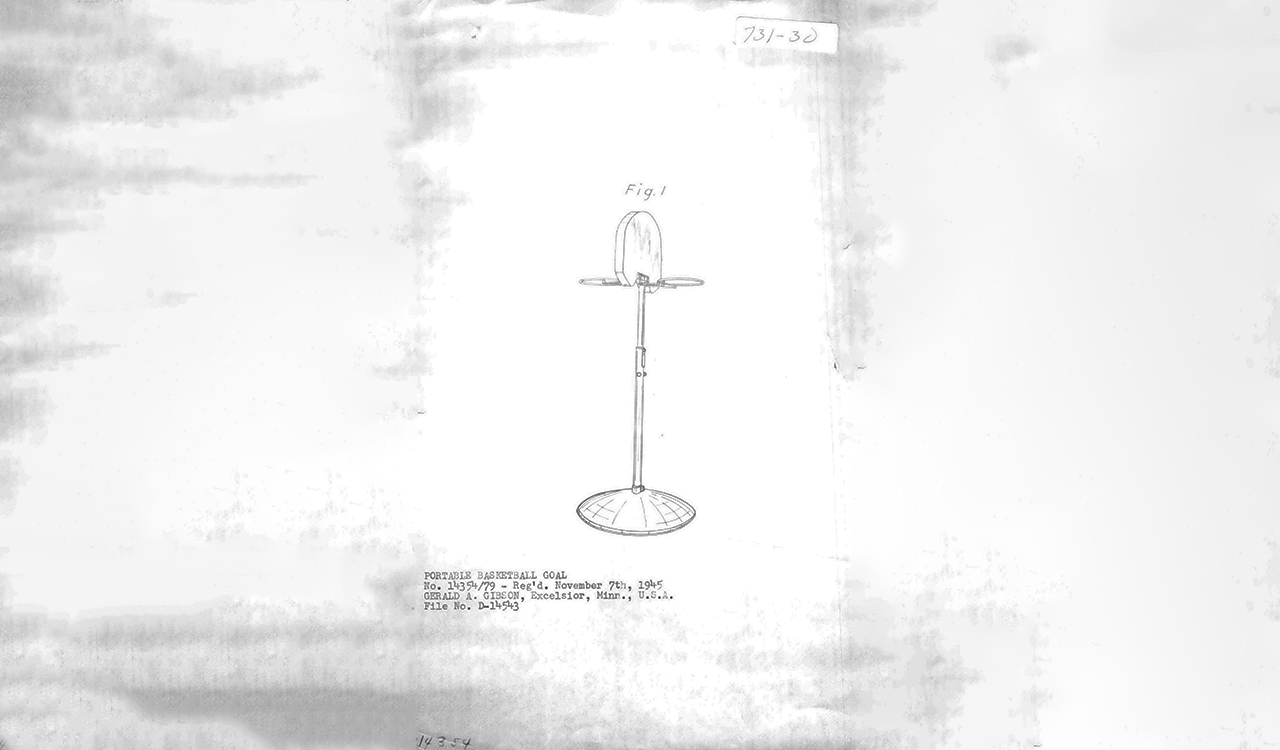 Although basketball was not invented on Canadian soil, it was created by Canadian physical educator, James Naismith. Naismith developed the game's original 13 rules in 1891 as part of a class assignment while attending school in Springfield, Massachusetts. The sport was originally played with peach baskets instead of nets and required a player with a ladder to retrieve the ball after each basket was made.

Since its invention, basketball has exploded in popularity and is played by millions of sports lovers around the world. It has been held at every Summer Olympics since 1936.

The first portable basketball goal in Canada was registered as an industrial design in 1945. 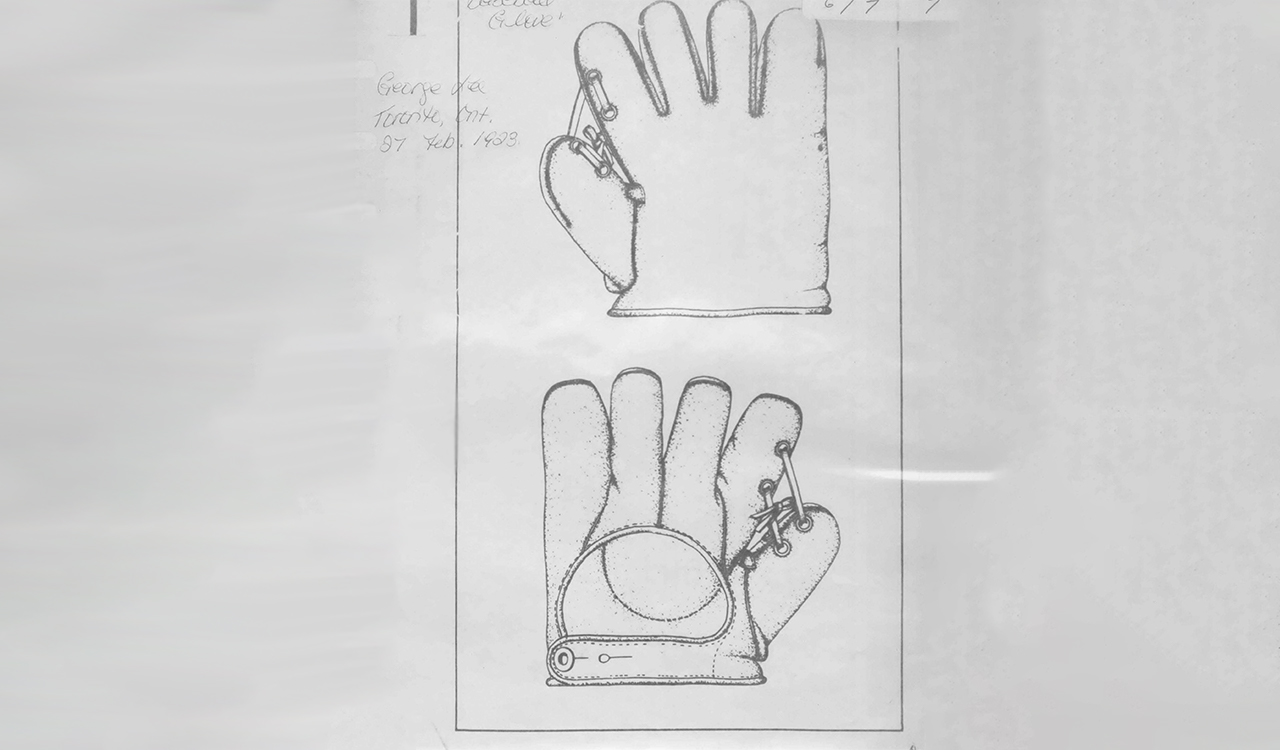 Baseball may be an incredibly popular sport in the United States, but did you know that Canadians helped in developing the rules for the game? Baseball was originally brought to North America by the influence of English rounders and had grown popular before the American Civil War. One of the first ever recorded baseball type games in Canada was played in Beachville, Upper Canada on June 4, 1838. Seven years later, the New York Knickerbockers rules or the "New York Game" rules were introduced. It is believed that our American friends leveraged Canadian rules and made changes to their baseball rules.

Baseball was officially introduced as a medal sport in 1992 and was last played in the 2008 Olympics. After 13 years, it will return to Olympic programming this year in Tokyo. One of the first industrial designs for a baseball glove was registered in 1923 in Toronto, Ontario. 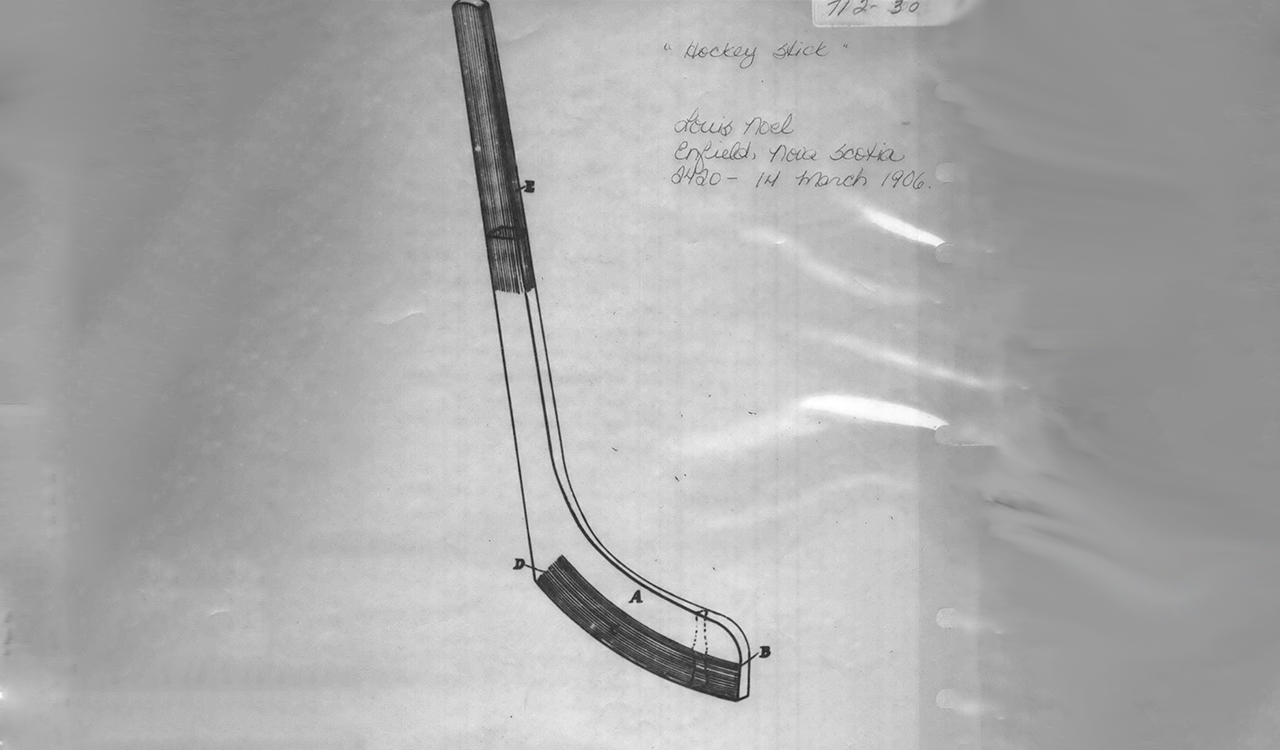 Did you know that hockey was originally a Summer Olympic sport? Men's ice hockey was first introduced to the Olympics during the Summer Games in Antwerp, Belgium in 1920. Four years later it moved to the Winter Olympics. Women's ice hockey was then added in 1998. Canada won the first ice hockey tournament at Antwerp in 1920 and is the most successful country in Olympic ice hockey history, winning 20 medals, 13 of which were gold.

Although the initial origins of hockey came from England, the first organized game took place in Montreal, Quebec in 1875. Canada has made significant contributions to the sport and reshaped the game during the 1870s into the sport we know today.

Canadians also contributed to the first design of a hockey stick, registered in our Canadian Industrial Designs Database in 1906 in Enfield, Nova Scotia.

In addition, 3 famous Canadians helped in developing and popularizing the use of the goalie mask. In 1927, Elizabeth Graham from Queens University created the first metal fencing goalie mask and was the first goaltender to wear a mask in an organized ice hockey game.

In 1930, Clint Benedict became the first goaltender in the National Hockey League (NHL) to temporarily wear a thick leather face pad (similar to a mask) to protect his shattered cheekbone and broken nose. 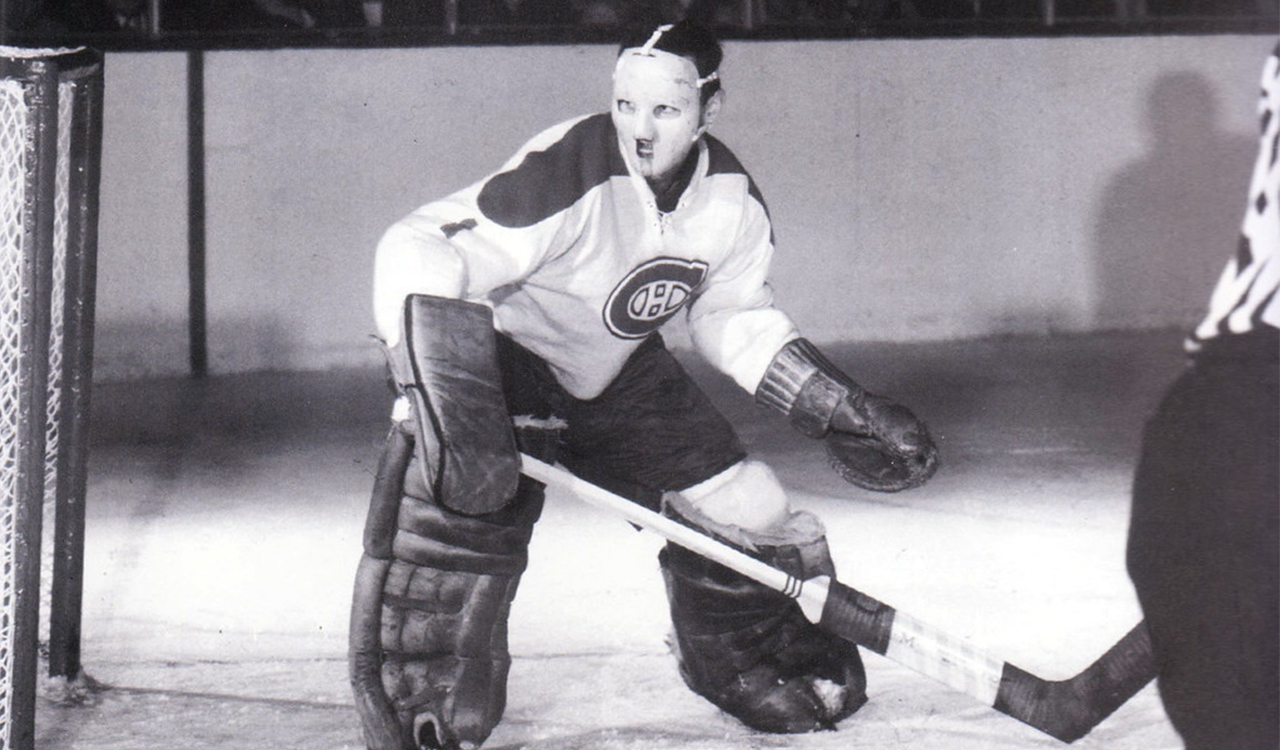 However, it was not until 1959 that the first hockey goalie mask was worn consistently by Montreal Canadians player Jacques Plante in the NHL. His mask was created by Bill Burchmore and was made of fibreglass. Prior to this, masks were not a common practice in the game and Plante himself was discouraged from wearing the mask as his coach found it to be distracting. However, once he wore a mask, the Montreal Canadians had an 18-game winning streak.

Thanks to Canadian innovation, goalie masks became mandatory in hockey for the safety of the players.

Canadians have brought quite a few sports to the Olympics that are loved by millions of sports fans around the world today. Thanks to the innovativeness of Canadians, we have inspired sportsmanship while also winning a few gold medals along the way. We are cheering on Team Canada and are excited to see what our Olympians accomplish this year!