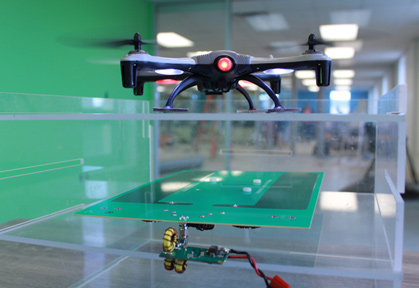 Now, in the 21st century, many companies have developed and are continuing to develop disruptive technologies in the wireless power transfer market. For example, the Wireless Power Consortium, which includes companies such as 3M™, Panasonic™, Qualcomm™, Apple™ and Google™, has developed a wireless charging standard. However, wireless power transfer is not limited only to big name global corporations. Solace Power, a Newfoundland and Labrador-based Canadian company, is using its Intellectual Property (IP) to gain a foothold in this emerging market.

Wireless power transfer is the transmission of electrical energy without wires. In the age of the Internet of Things (IoT), wireless power transfer is quickly moving from a luxury to a necessity. Experts estimate that the IoT will consist of a staggering 30 billion objects by 2020. With many of these objects needing to be powered or recharged, the number of cords required for all these electrical connections will be equally staggering.

Wireless power transfer has been under development from as early as 1891, when Nikola Tesla famously demonstrated "electrostatic induction" during a lecture at Columbia College. However, it would be many more years before the inductive coupling technology promised by Tesla's experiments and other forms of wireless power transfer would be realized in commercially viable consumer and business products.

Solace Power was started in 2007 in St. John's, Newfoundland and Labrador, when, after being frustrated by carrying through airports bunches of power cables in small carry-on luggage, the company's founder decided there must be a better, more convenient way, to power electronic devices. As a start-up research and development company, the first years at Solace Power were spent researching wireless power transfer technology to offer freedom of movement. Solace Power produced their first wireless power prototype in 2012.

Securing Protection in Canada and Abroad

Solace Power wanted to develop their technology for a worldwide market and license their technology to companies across the globe. Markets in China, Japan, India, Europe, Singapore, South Korea, Australia and New Zealand were all of interest.

Filing patent applications in various jurisdictions can be costly. You could manage costs by:

In 2012, Solace Power was still a small company with less than 50 employees and determined that they required a cost-effective approach for IP protection that allowed them more time to assess where the pursuit of protection was cost-justified.

During this time, Solace Power considered several factors in determining which other markets to enter, based on their initial business development in those markets that indicated potential licensees. For example, an initial potential business partner and licensee in Singapore drove the decision to file a patent application in Singapore (i.e. enter the national phase in Singapore). In 2014, Solace Power entered the national phase in a host of additional countries including Australia, Singapore, China, Japan and South Korea.

Despite wanting to quickly grow their portfolio, Solace managed costs well. For example, after entering the national phase in Europe based on their PCT application, Solace Power received a due date to pay an examination fee for the originally filed claims. Prior to paying the examination fee, Solace Power filed a voluntary amendment reducing the number of claims in the European patent application so that the 235 Euros fee for every claim over 15 became manageable. Such diligent management of their patent portfolio ensured that IP costs did not skyrocket and Solace Power could continue to invest in business development and research and development. 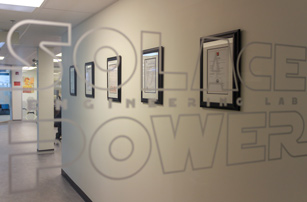 Now, Solace Power has a sizable portfolio of issued patents for their wireless power transfer technology, from countries all over the world. Solace Power now utilizes this portfolio to build business relationships globally and to secure licenses from developers intent on utilizing Solace Power's technology. Solace Power was able to successfully navigate the global patent environment with a filing and prosecution strategy that served their company at each stage of its development. Solace continues to grow their patent portfolio with a financially secure strategy that ensures they can keep thriving in the wireless power transfer market.