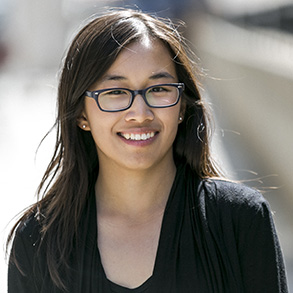 What started as a high school science project for Eden Full Goh is now a global non-profit organization benefiting more than 17,000 people around the world.

While growing up in Calgary, Alberta, Eden sought to increase the efficiency of solar energy. At 10 years old, she built a small solar-powered car using directions from a library book. Her fascination with the energy source led her on a path to design a solar panel that automatically follows the rotation of the sun. At age 15, she submitted her invention, now known as the SunSaluter, to the Calgary Youth Science Fair.

The SunSaluter uses gravity along with simple materials to boost a solar panel's output by up to 30%. The device can also be fitted with a water filter, making several litres of clean drinking water a day.

Although the technology received acclaim by judges, teachers, and fellow students alike, it would be a few years before Eden would share her technology with the world. She went on to study mechanical engineering at Princeton University while also serving as a coxswain on the varsity rowing team.

However, her college career was put on hold in 2011 when she was awarded a Thiel Fellowship. The two-year program, founded by American entrepreneur Peter Thiel, encourages college students to take time off school and pursue their business idea with a $100,000 (USD) grant.

Eden left Princeton for San Francisco where she patented her technology and founded SunSaluter, a non-profit organization dedicated to deploying her technology in developing countries. The low-cost solution is now found in 19 countries where it benefits communities with limited access to electricity.

Eden has been named to Forbes' 30 Under 30: Energy & Industry for three years in a row. Today, she lives in New York and serves as chair of the board for SunSaluter. She also mentors other entrepreneurs and stresses the importance of determination:

"The biggest thing was that I kept at it. The current iteration [of SunSaluter] is the 70th version. We kept at it. The key to succeed is being willing to put in the time. Always keep an open mind and don't give up when it's difficult." 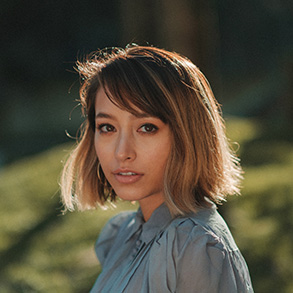 Ann Makosinski is not your average young adult. At 19, she made the famous Forbes' 2017 30 Under 30 list in the "Energy" category thanks to two of her inventions: a United States patented flashlight, the Hollow Flashlight, which is powered by the human hand, as well as the eDrink, a mug that uses heat from a drink to charge a phone.

Growing up, Ann's first toy was a box of transistors. Using her hot glue gun and garbage from around the house, she would piece together "inventions". She started participating in science fairs when she was eleven years old, and credits her parents for having given her the space and freedom to tinker away on projects.

In her teenage years, inspired by a friend in the Philippines who was failing school because she didn't have any electricity or light to study at home during the night, she invented a flashlight (the Hollow Flashlight) that converts excess body heat into electricity to power an LED bulb without the need for batteries, solar power or kinetic energy. It has since been recognized with multiple awards, including awards from the 2013 Canada-Wide Science Fair, the 2013 Google Science Fair and the 2014 Intel International Science and Engineering Fair

Nowadays, Ann is working on some new inventions, as well as obtaining additional patents for the flashlight and her eDrink. She was also named a global ambassador for Uniqlo's Heattech fleece product line that takes body heat and stores it within the fibre to keep the wearer warm.

She is currently enrolled at the University of Victoria, studying English literature. She decided to combine her love for both the sciences and the arts to work on two books—a children's adventure book and a travel book—which have already caught the attention of publishers. She is also in talks with a major studio for a television series.

Ann is not afraid to work to turn her ideas into reality: "I love dreaming about something, and asking, 'Is this possible?'" she says. "My philosophy is, 'The only way to find out is to build it.'" 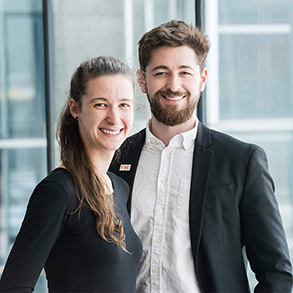 Two heads are better than one, as the saying goes, and that is certainly true in terms of the career path of David and Marie-Pier Corbeil, sibling entrepreneurs and co-presidents of Recharge Véhicule Électrique (RVE). This dynamic young duo has developed and marketed a flexible, scalable charging solution, the DCC Condo by Thermolec, specially designed for charging electric vehicles in condominiums.

The simple grey metal box connects a charging station to the main power supply of a condominium when the Hydro-Québec meter is accessible. But how does it distinguish itself from its competitors? Well, it is the only system that makes it possible to bill electricity for an electric vehicle directly to the Hydro-Québec residential account of a condo unit without increasing the load on the condo unit's electrical panel. It can be easily installed on columns, ceilings and walls.

But how did the Corbeil siblings come up with the idea of designing this product, which is eco-friendly, practical and perfect for city living? It began with a simple question: How can charging stations be powered when buildings and houses are not designed to handle the extra energy transfer? Initially, RVE developed a prototype that was too big to be marketed. In 2015, it called on Thermolec, a small manufacturing company in Montréal with expertise in electric coils. Together they reduced the size by a factor of three and simplified the installation.

"Both our parents are electrical contractors and, when electric vehicles started becoming popular in 2011, they were installing charging stations. My brother worked with them in the summer, and it was impossible to install charging stations in condos," says Marie-Pier, explaining how they got the stroke of genius to invent a charge controller system.

In May 2015, the two were awarded the $50,000 Pierre-Péladeau Bursary, which fosters the establishment of businesses by Quebec university students. The bursary enabled them to carry out their project and tackle problems associated with using an electric vehicle charging station at home. David, who holds a bachelor's degree in business administration and Marie-Pier, who holds one in graphic design, used their studies to combine creativity, business savvy and entrepreneurship to establish their company, RVE. The apple does not fall far from the tree; their father is an electrician, and he has passed on to them his concern for the environment and his desire to find sustainable development solutions. In fact, they tested the prototype of their invention on the family electric car.

Going forward, Thermolec will be in charge of production, and RVE will handle marketing. Having filed a provisional patent application in the United States in 2016, the two companies recently filed regular patent applications in the United States and in Canada. The young company believes that a multibillion-dollar market is emerging in North America. Aside from Quebec, they are focusing on California for the DCC Home and British Columbia for the DCC Condo. They are confident that they can increase access to electric vehicles there as well and, given their track record, they will certainly succeed!