The following is a short outline of how the Competition Bureau investigates marketplace activity which may be subject to criminal sanctions under the Competition Act (the Act): 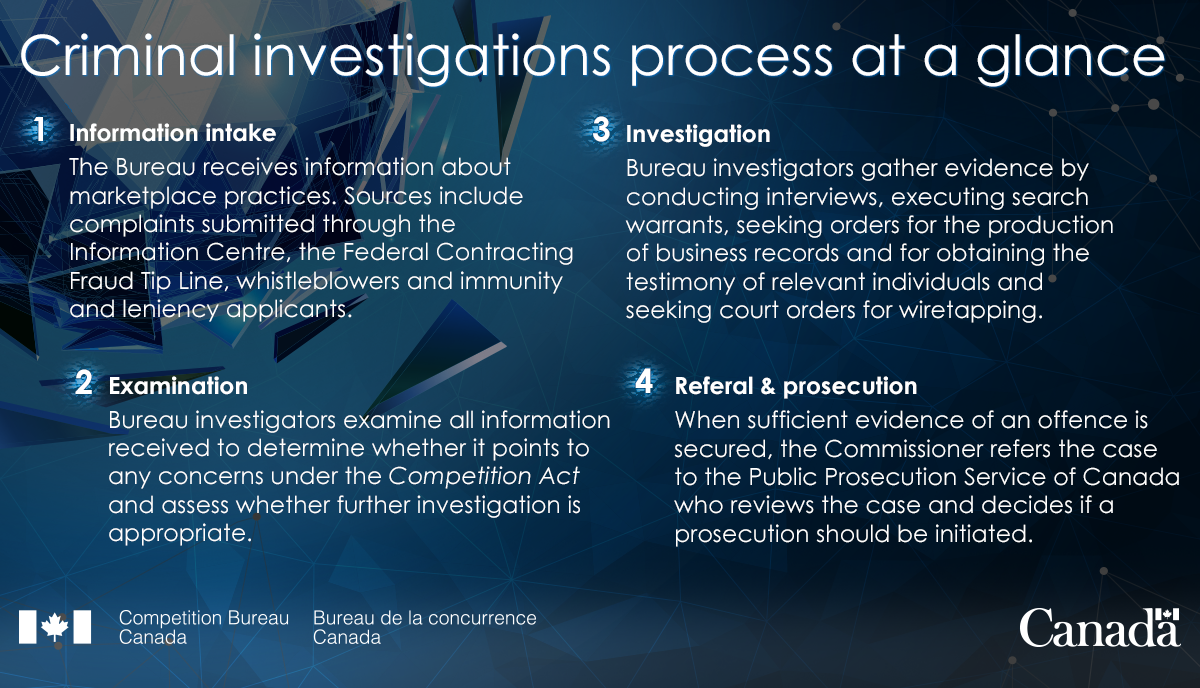