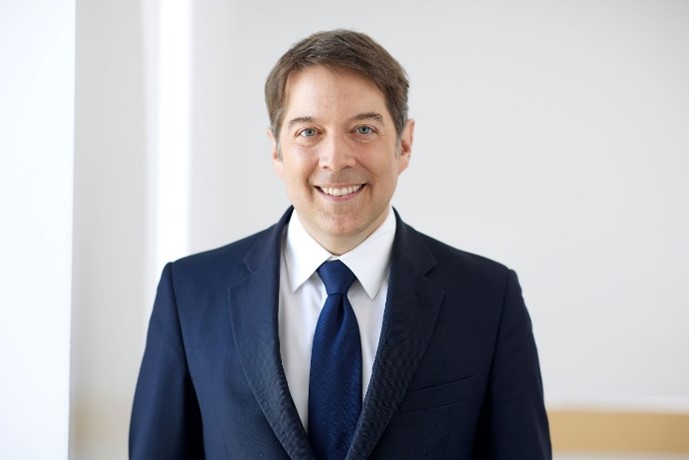 Frédéric Bouchard is Dean of the Faculty of Arts and Sciences at the Université de Montréal, where he has been a professor of philosophy of science since 2005. His interdisciplinary research focuses on the relationship between expertise, science and society, as well as on the theoretical foundations of evolutionary biology and ecology.

In 2004, he received his doctorate in philosophy at Duke University and in the following year completed a postdoctoral fellowship at the University of Toronto.

He was the inaugural holder of the ÉSOPE Endowed Chair of Philosophy at the Université de Montréal (2014-2016), and served as President of the Canadian Philosophical Association (2014-2015) as well as President of ACFAS (2015-2018), a multi-disciplinary francophone association dedicated to the global advancement of scientific research. Before becoming Dean in 2017, he was Deputy Vice-Rector for Research, Discovery, Creation and Innovation at the Université de Montréal (2015-2017) and Director of CIRST, a multi-university research center on science, technology and society (2014-2015).

Dr. Bouchard contributes his broad interdisciplinary and administrative expertise to several organizations promoting academic research, knowledge mobilization, technological and social innovation. He is currently a board member of MILA (Québec Artificial Intelligence Institute), IRBV (a Plant Biology Research Institute), RUISSS-UdeM (the Integrated University Health and Social Services Network of the Université de Montréal) and CIUSSS-Nord-de-l’île (the Integrated University Healthand Social Services Centrefor the North of the Island of Montreal). He also serves as Chair of BAnQ (Québec National Library and Archives) and of the CFI Major Science Initiative Érudit, an open digital publishing platform. He has served as member of the board of the funding agencies Fonds de recherche du Québec-Société et Culture (2012-2015) and the council of the Social Sciences and Humanities Research Councilof Canada (SSHRC) (2018-2022).

Dr. Bouchard brings substantial experience in supporting governmental decision-making. He served as member of the expert advisory panel for Québec’s 2017-2022 research and innovation strategy (Ministère de l’économie et de l’innovation) and on the committee establishing the new curriculum for all CÉGEP (equivalent of junior college) students in natural sciences in Québec (Ministère de l’enseignement supérieur). He was also advisor for Canada’s Translation Bureau.

He was elected Fellow of the Royal Society of Canada in 2021 in recognition for the excellence of his scholarship in philosophy of science. A gifted communicator, he was awarded several teaching awards at the Université de Montréal, and is often sought by the media on philosophical and scientific issues (from CBC Ideas to various shows on Radio-Canada). 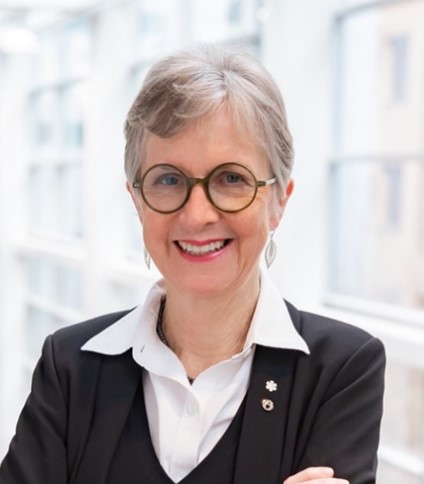 President and Scientific Director, The Gairdner Foundation, Senior Scientist Emeritus, Hospital for Sick Children and Professor Emeritus in the Department of Molecular Genetics at the University of Toronto

Janet Rossant is a Senior Scientist Emeritus in the Developmental and Stem Cell Biology Program, the Hospital for Sick Children and a Professor Emeritus at the University of Toronto’s Department of Molecular Genetics. She is an internationally-recognized developmental and stem cell biologist, exploring the origins of stem cells in the early embryo and their applications to understanding and treating human disease.

She received her BA in Zoology at the University of Oxford in 1972 and earned her PhD in mammalian development at Cambridge University in 1976.

She came to Canada from the UK in 1977, first as a Faculty member of the Department of Biological Sciences at Brock University (1977-1985), then joined the Samuel Lunenfeld Research Institute as a Senior Scientist (1985-2005), and has been a professor at the University of Toronto since 1988. Dr. Rossant is currently the President and Scientific Director of the Gairdner Foundation, and formerly served as the Chief of Research of the SickKids Research Institute (2005-2015).

She has been recognized for her numerous contributions to the field of stem cell biology with many awards including  the Canada Gairdner Wightman Award and the CIHR Michael Smith Prize in Health Research. She holds 7 honorary degrees. She was elected to the Royal Societies of London and Canada, and the National Academy of Sciences, USA, and she is a Companion of the Order of Canada (2015). 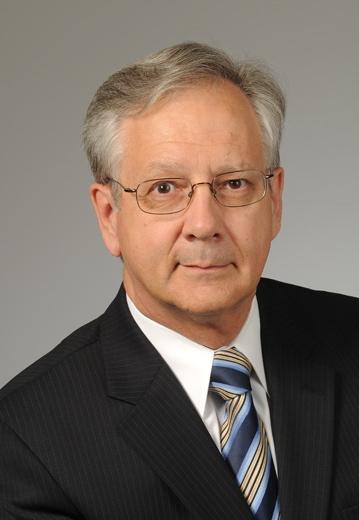 Consultant and Board Director

Following a distinguished career as a consulting engineer, researcher and university administrator, Gilles Patry is now a consultant and board director.

Dr. Patry’s research efforts led him to develop an innovative modelling concept for the simulation of wastewater treatment plant dynamics (GPS-X™), and ultimately, to launch Hydromantis, Inc.  –  a Hamilton-based consulting company, specializing in modelling, simulation and control of environmental systems.

Returning to the University of Ottawa as Dean of the Faculty of Engineering in 1993, Dr. Patry became Vice-President, Academic in 1997 and served as President and Vice-Chancellor from 2001 to 2008.  Dr. Patry was appointed President and CEO of the Canada Foundation for Innovation in 2010, a position he held until July 2017 when he became Executive Director of the U15 - Group of Canadian Research Universities (2017-2022).

He is Professor Emeritus and President Emeritus at the University of Ottawa. 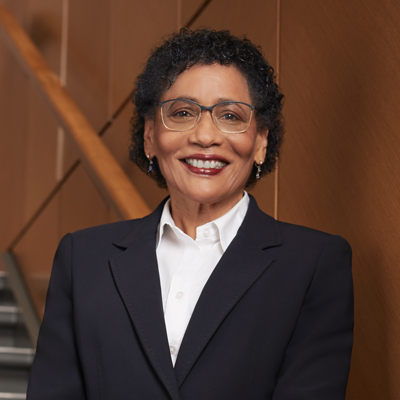 From 2006 to 2011, Dr. Chan served as the Director of Queen’s University Monieson Centre, facilitating community-engaged collaborative research. She served as Associate Dean of Research, PhD and MSc Programs, and the E. Marie Shantz Chair of Digital Technology at Smith School of Business at Queen’s University. From 2014-2016 and again in 2018, Chan served as Queen’s SSHRC Leader. From 2013-2016, Chan was Queen’s Associate Vice-Principal (Research). 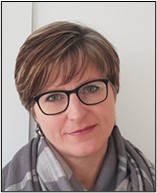 Professor at Department of Chemistry at the University of British Columbia

Laurel Schafer is a Professor at the Department of Chemistry at the University of British Columbia. Her research focuses on developing novel organometallic catalysts to carry out difficult transformations in small molecule organic chemistry.

In 2001, she was awarded an NSERC University Faculty Award and joined the Department of Chemistry at the University of British Columbia (UBC).

At UBC, she established an interdisciplinary research facility funded by the Canada Foundation for Innovation that aims at promoting research excellence from hetero- and homogeneous catalysis through to biocatalysis. In 2007, Dr. Schafer was promoted to Associate Professor and named an A. P. Sloan Fellow (until 2009). In 2011, Dr. Schafer was appointed a Tier 2 Canada Research Chair (CRC) in Catalyst Development (until 2016). While serving in her role as CRC, she was also elected a Fellow of the American Association for the Advancement of Science in 2014. Dr. Schafer has also launched a start-up company out of her lab, A2O Advanced Materials Inc.

Her numerous accolades include a Teaching Excellence Award (2003), the Boehringer Ingelheim Young Investigator Award for Organic Synthesis (2004),  the Killam Award for Excellence in Mentoring (2013) and the Clara Benson Award as a woman who made distinguished contribution to chemistry while working in Canada in 2015. As a result of her research, Dr. Schafer was elected a Fellow of the Royal Society of Canada in 2017. 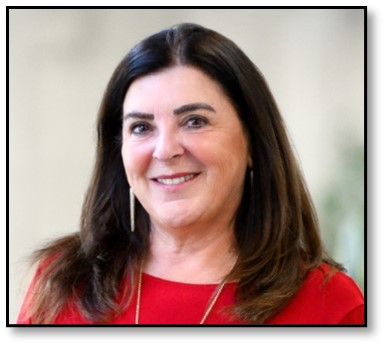 President and Chancellor of Memorial University

Vianne Timmons is the President and Vice-Chancellor of Memorial University of Newfoundland since 2020. She is a nationally and internationally recognized researcher and advocate in the field of inclusive education.

She has served as Chair of the Education Department at St. Francis Xavier University, as well as Dean of Education and Vice-President, Academic Development at the University of Prince Edward Island. She was President and Vice-Chancellor of the University of Regina from 2008 until 2020. In March 2019, she was appointed as a Board Member of VIA Rail Canada.

Her work is featured in nine books, more than a dozen book chapters, approximately 40 peer-reviewed articles, 30+ funded research projects (as principal or co-investigator), and she has given more than 200 invited lectures.
Her many awards include Officer of the Order of Canada (2017), Canada’s Top 100 Most Powerful Women (WXN), a National Inclusive Education Award, a Humanitarian Award (Red Cross), a Community Literacy Award (Canada Post), and the first Gender and Leadership in Higher Education Award (EMULIES).

An active volunteer, Dr. Timmons has served various post-secondary and other organizations, including as: President, International Association for the Scientific Study of Intellectual and Developmental Disabilities; and Chair, Universities Canada's Standing Committee on International Relations; and member, Canada Foundation for Innovation. 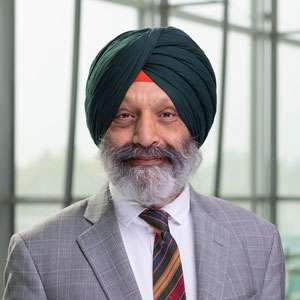 Dr. Singh’s research has focused on cell and molecular biology of lung inflammation. He is the author or co-author of more than 135 peer-reviewed journal articles and books including the Textbook of Veterinary Anatomy (5th edition; Elsevier), and has supervised the research training of more than 100 undergraduate, graduate and postdoctoral students.

Dr. Singh has received the 3M National Teaching Fellowship (2009), the Alan Blizzard National Award for Collaboration in University Teaching and Learning (2010), the University of Saskatchewan Master Teacher Award (2008), and the Carl J. Norden Distinguished Teacher Award (2003). He has also received the Outstanding Veterinary Anatomist Award from the American Association of Veterinary Anatomists (2015), as well as the Pfizer Award for Research Excellence (2002). He was named a fellow of the American Association of Anatomists (2013) and a fellow of Canadian Academy of Health Sciences (2018).