To build on the momentum of the Venture Capital Action Plan (VCAP), the Government of Canada announced in 2017 the Venture Capital Catalyst Initiative (VCCI). As with VCAP, VCCI was implemented to support the continue development of Canada's venture capital industry and increase the availability of capital for innovative Canadian firms.
Through VCCI, the Government invested $371 million through three streams:

The Government of Canada's investment under VCCI garnered significant investments from the venture capital industry. In particular, the four funds-of-funds managers attracted investments from a diverse set of investors that included pension funds, high-net-worth individuals, corporations, banks, and the government of Quebec. Leveraging the federal government investment, the four funds-of-funds raised $1.176 billion, including $840 million from private investors.

The fund managers have completed their fundraising activities and are now beginning to make investments. As of December 31, 2020, at least 153 Canadian companies have been supported under the program and have received a combined $553 million in capital from all investment sources.

Metrics in this section relate to the activities associated with the four VCCI funds-of-funds.

The four funds-of-funds raised $1.176 billion from public and private sector investors, including approximately $279 million from the Government of Canada. 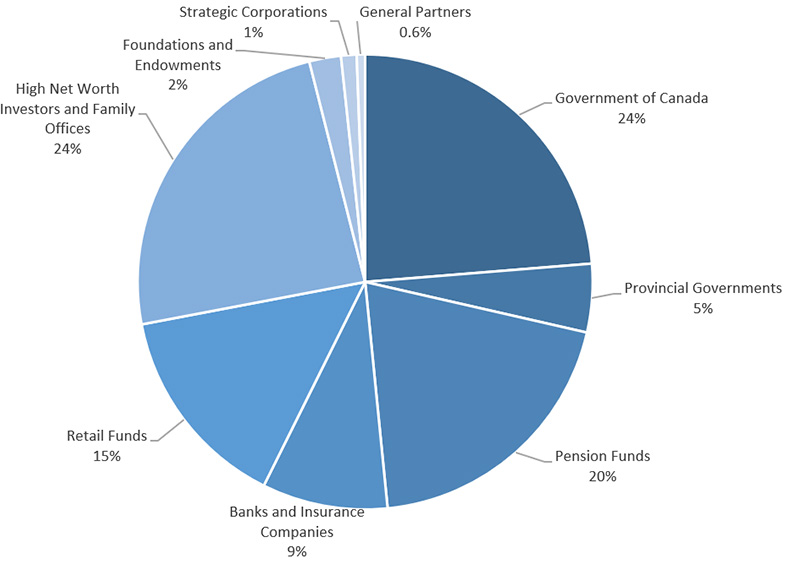 Portfolio allocation across the four funds-of-funds

Metrics in this section relate to the activities associated with the five venture capital funds selected under Stream 2, which together received a commitment of up to $42.5 million under VCCI.

Commitments to the Stream 2 funds

Metrics in this section relate to the activities associated with the three venture capital funds selected under Stream 3, which together received a commitment of up to $50 million under VCCI.

Commitments to the Stream 3 funds

Metrics in this section relate to the overall activities associated with the four funds-of-funds and the eight venture capital funds that received VCCI investment.

Total invested in the 153 Canadian companies that received support under VCCI was $553 million, as of December 31, 2020. This includes investments by funds-of-funds, underlying portfolio funds, and funds selected under Streams 2 and 3. 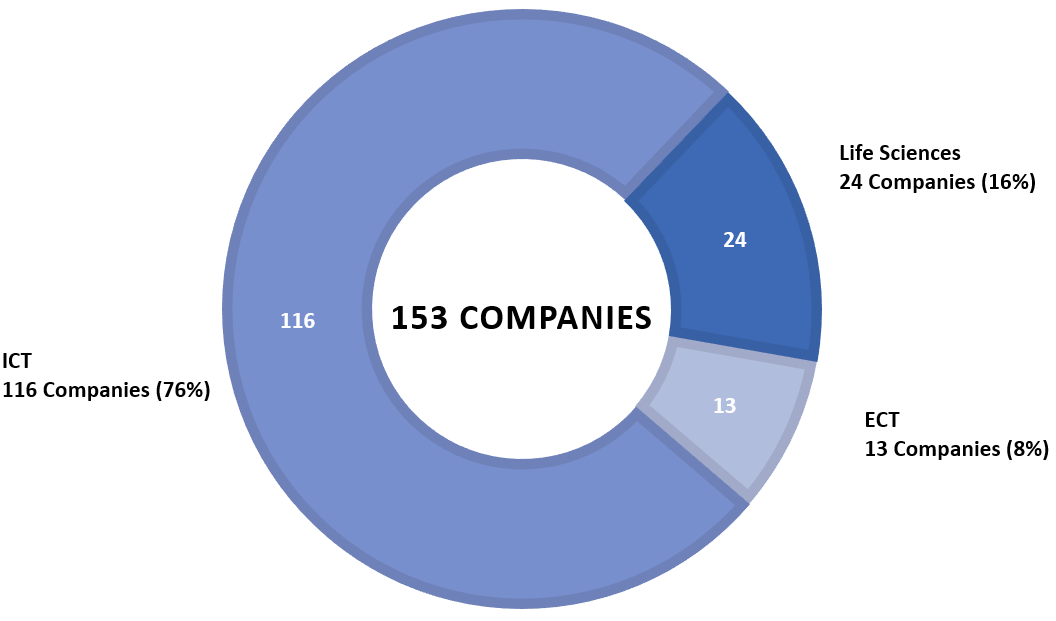 Breakdown of the portfolio of all four funds-of-funds.

Capital called is the cash that the funds draw down for their activities.

Cash distributed is the amount returned to investors.

Fair value refers to the value of the remaining investment.

Garage Capital II is denominated in USD. VCCI commitment made in USD and includes allowance for foreign exchange fluctuations